Mariel Hemingway has officially launched her book club named Mariel Hemingway’s Book Club, in collaboration with MindStir Media, the top book publisher in LA. Mariel has a long history with MindStir Media, having helped MindStir promote its authors through YouTube videos and forewords. In fact, many of the books she has promoted through MindStir have gone on to become best-sellers. Now she’s taking things to the next level with her book club, where she promises to promote books that she loves, and many of them will be diamonds in the rough. After all, Mariel Hemingway’s Book Club is positioned as an alternative to Oprah’s Book Club because Mariel’s club is open to books published independently as well as traditionally.

“You won’t just see New York Times bestsellers in the new book club,” said J.J. Hebert, founder and CEO of MindStir Media. “This is a refreshing approach for any book club. Readers don’t look at the publisher’s name. They look at the premise, the level of quality a book has to offer – and there are countless books of high quality that have never landed on major best-seller lists. Mariel is going to work with us to discover and promote the best books regardless of how they were published.” 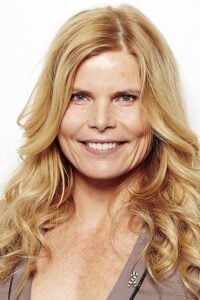 Mariel Hemingway echoed that sentiment in a statement of her own: “It’s been a dream of mine to have a book club for quite some time and now with MindStir’s help it’s happening. I’m excited to share books that I think deserve attention.”

The club’s webpage currently highlights two of Mariel’s selections. Hemingway’s Daughter is the first one, written by Amazon bestselling author Christine M. Whitehead. Each book added to the book club includes a blurb from Mariel Hemingway herself. “I really loved this book for its heart, its glimpses of Hemingway history, and for a truly creative reimagining of Hemingway lore,” said Mariel Hemingway. Hemingway’s Daughter follows Finn Hemingway, the fictional daughter of Ernest Hemingway, as she pursues a career as a female lawyer in an era when it’s frowned upon.

The second book is The Adventures of Amber: Walk in the Woods by Isabell Hayden, a 7-year-old turned Amazon bestselling author who wrote the book to celebrate the beauty of nature and inspire others to spend time outdoors. Mariel followed the young author on Instagram to show her support and praised the book, stating, “The Adventures of Amber will be a great addition to your child’s home library, and it will certainly be enjoyed by everyone else at home as well.”

Mariel Hemingway is, of course, the granddaughter of the legendary novelist Ernest Hemingway. She’s made a name for herself as well through her numerous television and film appearances over the past four decades, including Woody Allen’s Manhattan from 1979. She earned an Oscar nomination for her role in that film. Some of her other notable appearances include Personal Best (leading role), Lipstick, and Superman IV. Mariel’s six books are all bestsellers to boot. Most recently, Mariel co-produced with Oprah the documentary Running from Crazy, a film that chronicles the Hemingway family’s history of mental illness, substance abuse and suicide. Mariel is fittingly a mental health advocate and runs The Mariel Hemingway Foundation to “compassionately help the patient navigate their mental illness by providing the best access to qualified practitioners, treatments, and technologies,” according to the foundation’s website.

Mariel Hemingway and MindStir Media are open to book submissions for the book club. Authors interested in having their books considered for the book club should go to https://mindstirmedia.com/mariel-hemingway-book-club.