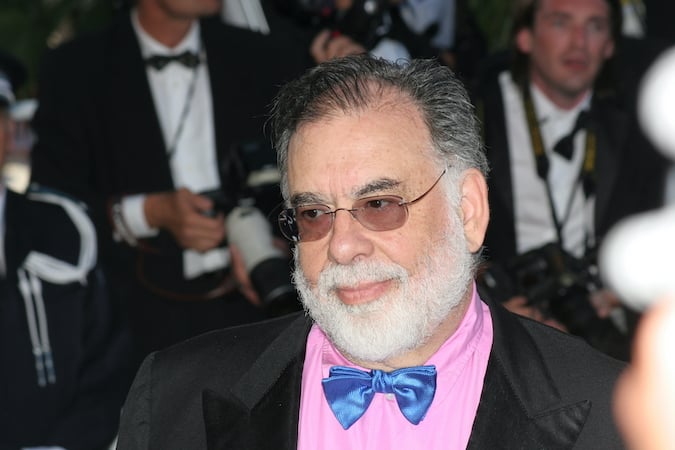 Adam Driver and Francis Ford Coppola are disputing a report that there has been chaos on the set of Megalopolis.

In an exclusive report published on Monday, The Hollywood Reporter detailed that the set of Megalopolis was in “peril” following the firing of the entire visual effects department and the departure of other key crew members. Sources in the story also said that the film was over budget. The set was described as “absolute madness.”

“I’d like to briefly respond to The Hollywood Reporter article published Monday, January 9th,” Adam Driver, one of the stars of the movie, told Deadline on Tuesday. “All good here! Not sure what set you’re talking about! I don’t recognize that one! I’ve been on sets that were chaotic and this one is far from it.”

Coppola also disputed the THR story, insisting to Deadline that he is still within his budget and on schedule.

“I love my cast, I love what I’m getting each day, I am on schedule and on budget, and that’s what is important to me,” the 83-year-old director behind The Godfather and Apocalypse Now said.

While both Coppola and Driver confirmed that some crewmembers have parted ways with the production, they maintained that everything is under control for Megalopolis, which also stars Lawrence Fishburne, Dustin Hoffman, Forest Whitaker and Nathalie Emmanuel.

“Yes, it is true that the art department resigned and VFX were let go. Not all departments find cohesion on films and rather than suffer through and making decisions that leave a lasting impression on the film, people quit, get fired, or part ways. It’s unfortunate when it happens, but this production is not out of pocket in comparison to other productions; especially to the point that it merits an article about us descending into chaos. That characterization is inaccurate,” Driver said.

Also Read: Colin Farrell Thought His Career Was Toast After Alexander Bombed: ‘I’d Been Found Out’

Coppola’s response to those questioning the state of his movie is this: “Ha, ha, just wait and see.”

“I’ve never worked on a film where I was so happy with the cast,” Coppola said. “I am so happy with the look and that we are so on schedule. These reports never say who these sources are. To them, I say, ha, ha, just wait and see. Because this is a beautiful film and primarily so because the cast is so great,” he added. “I’ve never enjoyed working with a cast who are so hardworking and so willing to go search for the unconventional, to come upon hidden solutions. It is a thrill to work with these actors and the photography is everything I could hope for. The dailies are great. So if we’re on schedule, and I love the actors and the look is great, I don’t know what anyone’s talking about here.”

Adam Driver also echoed those sentiments and stressed that he has enjoyed his time on Coppola’s set.

“The environment that’s being created by Francis, is one of focus and inspiration. As of now, we’re on schedule, making our days, and honestly, it’s been one of the best shooting experiences I’ve had,” Driver said. “Our crew is fast and inventive, our costume department is on point, the actors are incredible and willing, and Francis is one of the most insightful and caring people to work with. I’m very proud to be making this movie with him, and them, and though I haven’t interviewed everyone, I can confidently say that that’s the general attitude on set.”

All in all, Coppola says he expects to finish Megalopolis this spring.

“We’ll finish the film in spring of 2023, and we’re totally on schedule, which is hard to do on a big picture,” he said. “I don’t know how many films can say that eight weeks in but we are and that’s a fact.”

Main Image: CANNES, FRANCE – MAY 24: US director Francis Ford Coppola attends the ‘Marie Antoinette’ premiere at the Palais des Festivals during the 59th Cannes Film Festival May 24, 2006 in Cannes, France.