SYFY has premiered the full-length trailer for the science fiction series “The Ark” ahead of the show’s premiere on February 1st on Syfy. Episodes will be available the next day to stream on Peacock.

The series teams two of the architects of the “Stargate” franchise – that film’s co-writer Dean Devlin and the SG-1 series co-creator Jonathan Glassner.

The pair, who previously teamed on The CW’s “The Outpost” series, will serve as co-showrunners here on a story that takes place aboard the Ark One, an interstellar vessel carrying humanity’s last hope for survival a century in our future.

At this time, planetary colonization missions have begun as a necessity to help secure the survival of the human race. Ark One is the first of these missions and encounters a catastrophic event causing massive destruction and killing off many of its key crew in the process.

With more than a year left to go before reaching their target planet, a lack of life-sustaining supplies and loss of leadership, the remaining crew must become the best versions of themselves and band together to stay on course, survive the unseen forces threatening them, and complete the mission of colonizing a distant planet our species may call home. 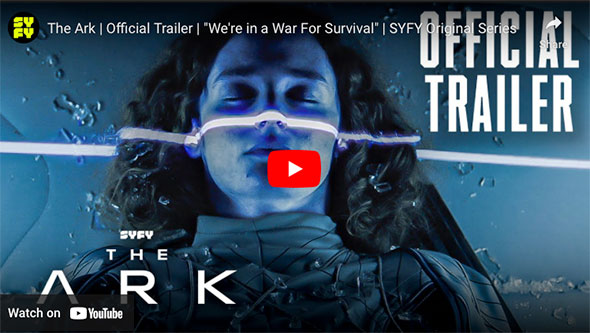 The Gang is Back for Your Party Needs

Who’s Back in the Film?