Scott Foster is the co-founder of ScriptHop, a tech startup focused on optimizing Hollywood’s content development process. Previously, he was the director of the Story Department for United Talent Agency. He has an MFA in Screenwriting from Columbia University. In this piece, he writes about Harrow Alley, which Walter Newman wrote in the 1960s and talents from George C. Scott to Emma Thompson have tried since then to bring to the screen. He also explains why Emma Thompson may be the one to finally succeed.

“Death tweaks us by the ear and says, ‘Live — I am coming.’”  These are the final words of Harrow Alley, what many consider to be the most legendary unproduced screenplay of all time, one that countless screen legends have tried, and failed, to bring to life.

The film is about the period from 1665 to 1666 when London lost one quarter of its population to plague pits. Harrow depicts these horrors, where bodies were thrown into mass graves. Infected families were locked inside their homes to die, with a red cross and the words, “Lord have mercy upon us,” painted on their door.

Harrow Alley pulled at an existential thread when I first read it in film school. Having read nearly 5,000 scripts when I worked at United Talent Agency as a story analyst, I’ve revisited it with world-weary eyes.  But it still perks up my ears. Voices roll off your tongue with convincing rhythm (even without a Cockney accent).  The script starts fitting your “performance” like a comfortable pair of jeans, despite the characters being dressed in centuries-old garb.  It’s not that Harrow’s individual lines are worth framing for their wit. The dialogue’s cumulative effect builds an engrossing momentum. 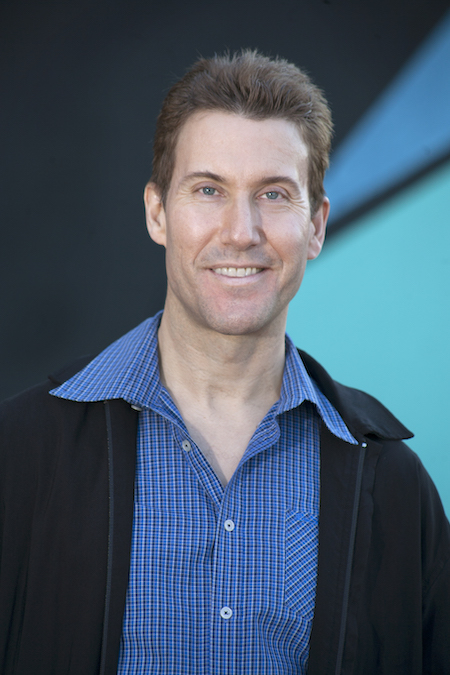 I’d argue that it’s one of the most relevant literary works for our pandemic age. In screenwriter Walter Newman’s bubonic plague-besieged, 17th century London, God goes missing, social order evaporates, and the main characters vanish for stretches of time that would confound modern audiences. These disappearing acts are partly what make the script such a spellbinding search for meaning — a meditation on absence and emptiness befitting a plague’s vacuum.

Harrow Alley is a tale of a rogue and his law-abiding minder, caught in London’s pestilent whirlpool. It reveals screenwriting’s dark matter — the God particles of storytelling that are there in between the scenes, even if we can’t see them.  It’s as if  Newman — a three-time Oscar nominee best known for 1951’s Ace in the Hole — built a Hadron collider to prove the existence of these narrative atoms filling our screens and holding our stories together.

Can a script written in the 1960s be canonized as a literary classic when it hasn’t been brought to life onscreen? Word came five years ago that Emma Thompson was working to end its restless quest for realization, and had set up the project at HBO. Our fingers are crossed.

Screenwriting depends on strategic gaps in time to contribute to character and story development. This element, which Harrow Alley uses to unsettling effect, is called an “ellipsis,” a literary device used to omit a portion of an event or sequence of events, allowing the viewer to fill in the narrative cavity.  These omissions recruit the viewer’s imagination to take part in the storytelling.

In Harrow’s, characters’ disappearances for long lengths of time make the ellipses feel more gaping than usual.  The script seems uncompromisingly edited — devoid of sympathetic design. If using what isn’t on the page to advantage is one of screenwriting’s most important tricks, it has huge implications in a script questioning the existence of God.

As the story fades in, antihero Gamaliel Ratsey is saved from the gallows with an offer only a condemned man wouldn’t refuse: the chance to be a bearer of plague victims. Ratsey is a post-Renaissance expendable, poetically named after vermin-carrying plague. We’ll soon learn that his cavalier attitude — toward laws, social mores, and the virus itself — has to do with a delusion that he’s immune to what threatens everyone else. Once employed, he has a ghoulish encounter in a tavern with Dan — the local hangman who very recently almost put Ratsey to death. Though they take a nihilistic approach to the plague, the story maps a contrapuntal, life-affirming theme: Accepting one’s mortality can kindle nobility.

Meanwhile, the man who has spared Ratsey the noose in return for the corpse-carrying gig is Harry Poyntz. Harry’s an alderman tasked with saving his district from annihilation. He’s a man of duty, less cunning than Ratsey. Naively assuming his king would never let the plague get past London’s walls (“The plague is not a great one and it’s only in the suburbs”), Harry later tries to persuade another character, Dr. Hodges, not to abandon London:

You could comfort us, if nothing else. Comfort us by your presence.

I’ve already experienced a plague. In Italy. Before you were born.

And what I saw then filled me with no great love for my fellow-men.

You wait, Harry, wait, and you’ll swear it’s only by chance they wear

human form and but for this one might class them with beasts.

As Harry and Ratsey’s narratives hover indifferently around each other at a social distance, the virus breaches city walls they thought impenetrable; a small cult props up around a deranged beggar; and prejudice flares up at Dutch immigrants, whom the British blame for the plague. Dr. Hodges muses to Harry: “What about choosing a scapegoat, piling all your sins upon it and sending it into the desert? That’s always infallible. I don’t mean it remedies the calamity; I mean it infallibly kills the goat.  Too bad there aren’t enough Jews in London to matter. Why not blame Papists for the plague and murder a few of them?  Or Quakers? Or other Non-conformists?”

It’s as if we found the script left for us in a time capsule as a warning, and if you read it aloud, you’d hear the shrieking echo of feedback.

How Harry and Ratsey’s lives are altered is a study in unfairness, especially because each character’s evolution is only partially shown. Elaboration is left in the margins of Newman’s ellipses. Harrow’s populace prays for evidence of God as the plague erases London, and we hope for the characters. But Newman resists, wielding the power of mute force. As he holds cards close to the vest, you get the sense he’s writing a treatise for atheists and perhaps even nihilists, though the latter notion is challenged with a life-affirming theme about “living Now” that resonates with Newman’s characteristic lack of sentiment.

Newman’s blackholes and white space are the invisible forces any production of Harrow Alley will reckon with. It’s ironic that our ADHD-stricken age might harness Newman’s bleak story when the 1970s, the most artistically daring period of cinema, failed to do so. Yet it makes sense that in the small screen’s adventurous landscape, Emma Thompson may be able to pull the story off as a limited series. With topicality and technology at her fingertips — including the ability to build 17th-century cities with computer graphics — she may succeed where people like George C. Scott and John Huston failed.

Scott bought the script in 1968 and later claimed his mission to produce the movie “kept me alive all these years.” Now that he’s gone, it’s heartbreaking to learn the movie nearly happened with Scott opposite Peter O’Toole.

Tracking Newman’s time capsule to Thompson’s capable hands, I read the 2007 draft she wrote — a revision of Newman’s script — when it appeared online. I had the opportunity to ask her about it, and she volunteered: “His is the great work — my revisions are neither here nor there.”

Emma Thompson also said the draft is not what she intends for the future. “I must tell you that the version of mine which perhaps you found online is one that was produced many years ago for a company that wanted a happy ending, amongst other not entirely suitable things.” The 2007 version was admirably reverent to Newman in most ways. But the producers asked  her to make a few dramatic changes to fill in his most cryptic 30 pages with explanatory light. They injected plot in the gaps where Newman wanted none.

Still, both versions hold a mirror to us from a sobering angle, grounded in history rather than post-apocalyptic, zombie-flu abstraction.  The reflection we see in Harrow is so recognizable that it’s eerie.

What’s surprising isn’t just how Harrow’s proximity is therapeutic.  It’s how the mechanics of even the most pessimistic motifs rivet you with suspense. Despite Hollywood often equating screenplays to “blueprints,” Harrow is an elegantly designed nervous system, each scene part of an interdependent whole. Themes weave through scenes like veins, so that the story’s heart rate can be throttled and the script’s overall anatomy — its entire contextual bodyweight — can live.  We feel this pulse in one of Harrow’s revisited tableaus, the intensifying exodus of London’s citizenry abandoning their posts and neighbors. Will they stay and help or flee?

The biggest ellipsis in the story isn’t a plot hole: Newman refuses to compensate for his characters’ reversals of fortune with fulsome explanations or satiating catharsis. The script feels as perplexing as life is: Why is it so unfair?

You can learn more about Scott Foster’s company, ScriptHop, here.

This story appears in our Winter 2023 issue, on newsstands soon.

Take Me To The River: New Orleans

James Cameron tests out the Titanic door scenario for anniversary

What Are the Different Types of Poker Games? – Film Daily