The Nintendo Switch has always had touchscreen capabilities available for developers to take advantage of, but it’s surprising to see how little the feature is utilized. Unlike previous Nintendo releases like the DS and Wii U, the touchscreen utility of the Switch is downplayed somewhat when advertising features of the console. Regardless, there are still games that use the console’s touch screen in creative and useful ways besides simple menu presses.

Surprisingly, it even took a while for Nintendo to release an official Switch stylus, further demonstrating how the console’s touchscreen isn’t considered a star feature. Unlike previous releases like the DS, the Switch’s touch screen works more akin to the way the screen of a smartphone does, relying on electrical currents rather than pressure, further distancing itself from other pieces of Nintendo technology. However, that doesn’t necessarily lessen the potential for the device’s touch screen, which many developers have proven with their releases.

Scribblenauts Is More Intuitive With The Switch’s Touch Screen

Scribblenauts: Mega Pack for the Nintendo Switch offers two games in the puzzle platformer series combined, and alongside offering a bit of additional new content, the game collection also takes advantage of the Nintendo Switch’s touch screen in useful ways. Players can not only control Maxwell and move objects in the magical Scribblenauts compilation via the touchscreen, but they can use it to type in objects to the notebook to spawn them as well. Although a wheel-like typing control was introduced for smoother use with a controller, this core mechanic feels much better utilizing touch instead, and makes the game feel more like its predecessors.

The incredible roguelike deck builder Slay the Spire is unequivocally one of the best games within the genre regardless of the controls players use. However, its touchscreen capabilities can arguably make the card-based combat feel more fluid and satisfying. While players can utilize the Nintendo Switch’s Joy-Cons to play the cards in their hand, they also have the option of dragging them via touch, either to the center of the screen for non-attack cards or to the intended enemy for damage. Whether players are just getting started in Slay the Spire or are seasoned veterans, something about attacking an enemy directly with touch controls just feels more powerful.

Unpacking is a puzzle game all about precise placement, which was easy to achieve with the controls the initial release had for the computer. When the game came to Nintendo Switch, it’s likely many players curious about the game may have held off due to reticence about needing to place all the required objects with the Joy-Cons. Thankfully, developers considered this and ported the game with extensive touch controls, allowing players to drag, drop, and rotate items as they unpack with ease instead of trying to find just the right spot with an analog stick, which can often be tricky in games of this nature.

Chicory Wouldn’t Be The Same Without Nintendo Switch Touch Control

BAFTA winner Chicory: A Colorful Tale simply wouldn’t be the same without Nintendo Switch touchscreen controls. The game centers around a protagonist who wields a magical paintbrush on a quest to recolor a black-and-white world. This entails extensive use of the touch controls offered by the console, as they make it much easier to participate in essentially all the core facets of Chicory‘s gameplay.

In Chicory, players use color for a myriad of different reasons. Painting can be used to solve puzzles, traverse the land more quickly, and even during boss battles. While players have the option to use a controller to paint the landscape, it feels incredibly inefficient compared to what players can quickly do with their hands, making Nintendo Switch touch controls an integral part of the game’s experience.

Super Mario Maker Was Made For Switch Touch Controls 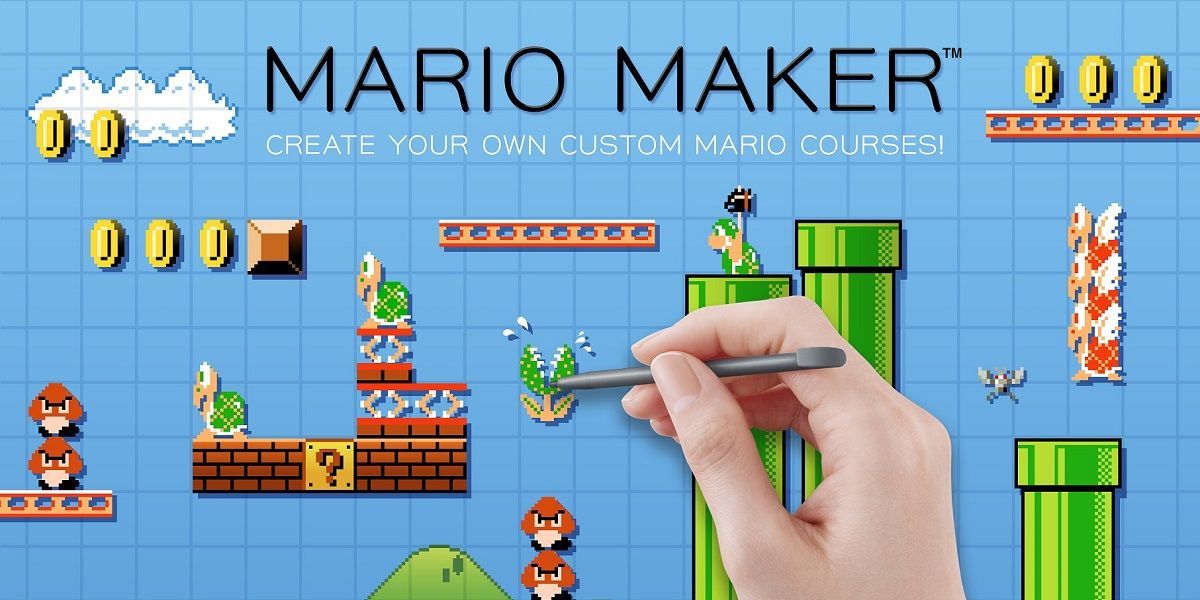 Both the original Super Mario Maker and its highly-reviewed sequel Super Mario Maker 2 more or less necessitate the use of the Nintendo Switch’s touch controls. While it’s possible to play without them, the level-building experience is vastly improved by the ability to touch and drag objects around, as it’s much faster than with a controller. Many players even prefer to utilize a stylus while playing the Mario Maker games, exemplifying just how important touch screen capabilities are to the series’ mechanics – the games are truly a testament to the potential of the console’s touch controls.

Both subway planning game Mini Metro and its successor Mini Motorways absolutely thrive with the Nintendo Switch’s touch screen options. Both being mobile ports, these puzzle games were designed with touch in mind from the start, and these great puzzle games are excellent examples of how the control style can be used smoothly and effectively. Touch controls make planning subway routes and placing roads around traffic conditions feel natural, and the games truly wouldn’t be the same without them.

Although Voez is a simpler title, its rhythmic gameplay is addictive nonetheless. Centered around students who form a band, the game’s amazing soundtrack can be played utilizing the Nintendo Switch’s touch controls as part of their musical journey. Interestingly, the game was originally released for the Switch as a touchscreen-only title, adding support for controllers later on in its lifespan. Rhythm games like Voez are perfect for using the console’s touch screen, as it often feels more fluid alongside the music than with a controller.

Alongside these excellent examples of touchscreen gaming, players can also utilize the Nintendo Switch for things like painting via applications such as Colors Live, which supplies users with a special stylus for all their artistic needs. This goes to show that the capabilities of the Nintendo Switch’s touch controls are nearly limitless, and it’s a shame more developers don’t take full advantage of the options it offers outside the occasional menu. However, the games on this list are a great example of the innovative options that can be achieved with the Nintendo Switch‘s touchscreen capabilities when developers put in the effort to use them.

More: Nintendo’s Next Switch Model Could Be A Foldable Switch DS

How VW ID.4 Owners Can Get 3 Years Of Free Charging From Electrify America

James Cameron tests out the Titanic door scenario for anniversary

What Are the Different Types of Poker Games? – Film Daily