Peacock has premiered the trailer for “Sick,” a new horror feature co-written by “Scream” scribe Kevin Williamson and Katelyn Crabb.

The film takes place in April 2020 as the pandemic steadily brings the world to a halt. Parker and her best friend Miri decide to quarantine at the family lake house alone – or so they think. 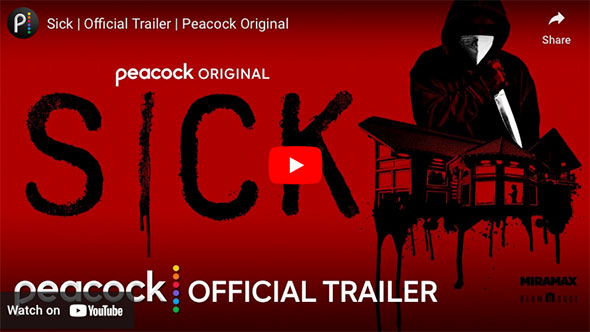 Bill Nighy Stars in a Somber Adaptation of a Classic Story