10 Onscreen Siblings We Cannot Get Sufficient Of 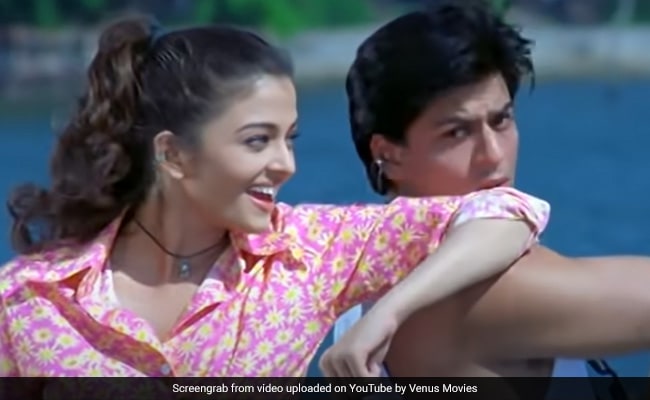 Bollywood films, over the years, have celebrated Raksha Bandhan and influenced the way we observe this occasion. From complex sibling rivalries to an effortless camaraderie, filmmakers have explored it all, and we can’t help but ask for more. So, this Raksha Bandhan, let’s take a look at some of the iconic on-screen siblings who embodied the selflessness and bonding associated with this celebration of the brother-sister relationship. Here is the list of on-screen siblings that had us smiling and reaching for the tissue box in equal measures.

When we say Shah Rukh Khan and Aishwarya Rai, chances are you will think of Devdas. But before they gave us the tragic romance of a lifetime, the duo played twins in the film Josh. Orphans Max and Shirley are each other’s friends, protectors and cheerleaders.

Zoya Akhtar’s family drama on a luxury cruise gave us one of the most believable sibling pairs in Bollywood. Priyanka and Ranveer play each other’s conscience keepers and cheerleaders. They never allow their parents’ politics to affect their relationship.

At a time when the conversation around HIV and sexuality was far more subdued than it is today, My Brother…Nikhil in 2005 told the story of a sister fighting for her brother’s right to dignity. Even as the world shuns Nikhil for his sexuality and his health complications, Anamika, played by Juhi Chawla, turns into his anchor.

If there was one film that is all about loving your siblings, this would be it. Hum Saath Saath Hain is a celebration of familial bonds. In this movie, the siblings are willing to stand up for each other even against their parents.

For the longest time, brothers wore the mantle of protectors. But in Iqbal, it is the sister that gives wings to her brother’s dreams. Shreyas Talpade plays a deaf and mute character in the film and Shweta Prasad becomes his voice, setting siblings goals for all the movies thereafter.

Sarabjit is a tale of two fights. One is an Indian man’s fight to survive in Pakistan after being jailed for crossing the border by mistake. The other is a sister’s fight to prove her brother’s innocence and bring him back home. The story is tragic and heart-wrenching. The powerful performances by Aishwarya Rai Bachchan and Randeep Hooda make this movie a must-watch.

Bhaag Milkha Bhaag may be the story of trials and triumphs of legendary athlete Milkha Singh but it is also the story of siblings turning each other’s guardians after Partition. Divya Dutta played Isri Kaur, Milkha Singh’s sister, who turns into a protective wall between her brother and her abusive husband.

Jaane Tu… Ya Jaane Na is a coming-of-age film with an honest take on friends, love and family. However, it was the bond between siblings played by Prateik Babbar and Genelia Deshmukh that stayed with the audience long after the film ended.

The film is based on a sister’s quest to find her brother, not knowing that his desperation has led him to dangerous waters. With stunning performances by Karisma Kapoor and Hrithik Roshan, this was a brother-sister movie for the ages.

In Pyaar Kiya To Darna Kya, Arbaaz Khan plays the quintessential elder brother who is protective and a tad bit scary. He is always ready to take on his sister’s boyfriend. Interestingly, the movie features Arbaaz’s real-life brother Salman Khan as the character who is wooing Kajol.

No matter what your relationship with your sibling is like, we are sure you can relate to one of these on-screen sibling pairs.